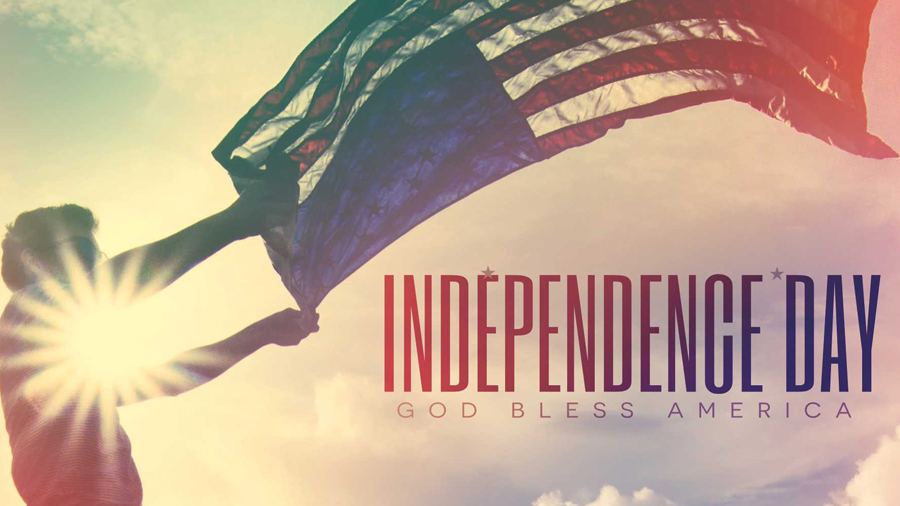 You may not know it, but for American Christians, there might not be an issue more complicated or wrapped in history and politics than patriotism. I’ve heard many different opinions on the subject of patriotism. A love for one’s country is looked on with both respect and disgust, both by the world at large and those who are Christian.

So, is there a right way for the Christian to think about patriotism? Is there a Christian response to patriotism? And how can faithful Christians merge their love for country and their primary love and commitment to the kingdom of God?

I read an article recently on how important it is to make a strict distinction between patriotism and nationalism. The line between the two have often been blurred, but it really needs to be looked at.

Patriotism can be defined simply as love of country. It’s a love that is not limited to Americans; it seems to include much of the world’s population. But as Americans, it’s the kind of love that makes you thankful you’re an American whenever you hear the National Anthem, or that makes you loudly support and then tear up with pride whenever an American athlete wins an Olympic medal.

Nationalism, on the other hand, takes that love of country and expands it to mean love of country at the expense of other nations. It’s when someone believes they are better because they come from a certain place. It’s like saying, ‘my country is better than yours, and you are less civilized or enlightened (or less whatever) because of where you are from.’

Most nations in some form or another struggle with nationalism and in the New Testament church of the Bible it was not uncommon. There’s a reason Paul writes repeatedly about the need for the Jews to recognize the full participation of Gentiles in the kingdom of God. Paul’s famous words, “there is neither Jew nor Gentile, neither slave nor free, nor is there male and female, for you are all one in Christ Jesus” (Gal. 3:28) demonstrate that nationalism must never be part of the new kingdom of God.

So how should Christians distinguish between patriotism and nationalism in their own hearts and lives? Let’s think about the old adage, “What would Jesus do?”

In Luke 19, there’s a peculiar story about Jesus as He is entering Jerusalem on a donkey when He begins to weep for the future of Israel. This nation of people failed to recognize his lordship and embrace salvation and Jesus loved his people and nation so much that he cried over it (and it wasn’t because one of Israel’s swimmers had just taken Olympic gold). He didn’t despise his country or wish ill upon it—instead, he wanted nothing but the best for them, and it grieved him to see how his people had rejected his teachings.

Jesus’ example of patriotism can provide a path for us as Christians that’s both logical and romantic; combining truth with justice and love. To embrace a healthy love for country means to mourn the times when our nation does something we believe is not of God and to rejoice when we stand for what is right. True and good patriotism lies in the ability to judge one’s nation in its successes and its shortcomings.

John’s vision in Revelation also helps us to understand patriotism, “After this I looked, and there before me was a great multitude that no one could count, from every nation, tribe, people and language, standing before the throne and before the Lamb. They were wearing white robes and were holding palm branches in their hands. And they cried out in a loud voice: “Salvation belongs to our God, who sits on the throne, and to the Lamb.” (Revelation 7:9-10)

Always remember that the most important distinction to be made by Christians is that over and above any love of country, no matter how pure and honorable that love might be, our first love must be our eternal home, the kingdom of God. It is only when we put Jesus first that we can be the best citizens of our great nation and we can be used for His glory.

Baptism of the Holy Spirit