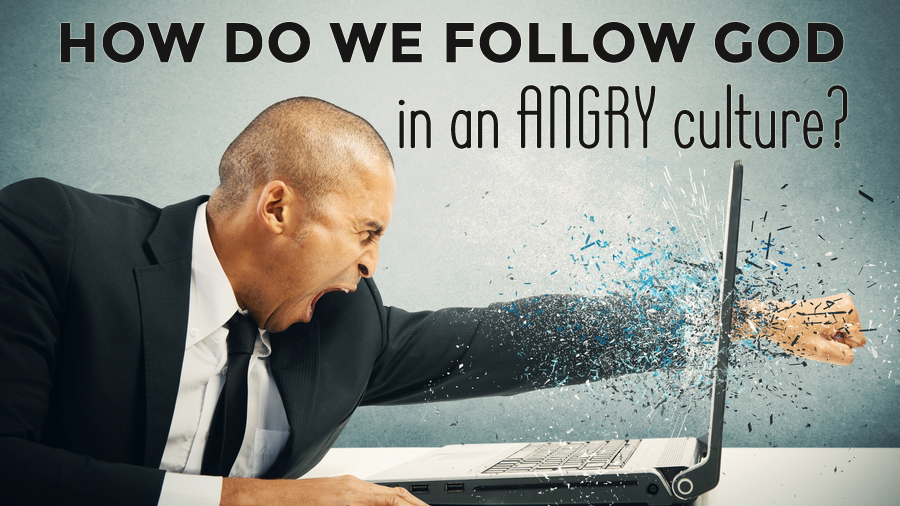 Let no one despise your youth, but set the believers an example in speech and conduct, in love, in faith, in purity. 1 Timothy 4:12
“I don’t even watch the news anymore. I can’t take the negativity.”
Thanksgiving and Christmas are holidays where we celebrate coming together as a family and as a nation. These last few years – and especially this past year, we did not have that experience. On the contrary, the networks projected images of our elected leaders arguing, name-calling, finger pointing and the like. We also felt the tension and anger in other realms of our culture.

So what do you do with that? “God, how do we follow You in an angry culture? How do we live your kindness in a world that is not kind but rather depressed and negative?”

Answer: Negativity is nothing new. Since Adam and Eve were first banished from the garden, life has been hard and we have been complaining about it. As sinners, we tend to live for ourselves and to complain when our desires are not being met. We argue for our “rights,” demand our way, and oppose anyone who disagrees with us. Throw that combination in a bowl and what do you get? A general spirit of negativity toward the world and life in general.

Negativity is understandable if you have no hope of anything beyond this world. But for those of us who know that God exists and that He rewards those who seek Him (Hebrews 11:6), we know that God is actively at work to speak Good News into such a culture as ours.

Did you know that complaining was one of the Israelites’ most serious sins after God brought them out of Egypt? After God had led them out of slavery, parted the Red Sea, and destroyed their enemies with a single, crashing wave, discontent spread. (Exodus 14:16–18).

As soon as the Israelites weren’t getting what they wanted, they began to complain about God and God’s wisdom in leading them into a wilderness. They were hungry and thirsty. They wanted to be comfortable and satisfied RIGHT NOW.

How about a “thank you” for God delivering them from slavery and torture? No. How about praising God for His keeping them safe from their enemies? No. The “yes” went to arguing and fighting. As sinners, we’re naturals at it. Somehow, we may even enjoy it. . . then we complain that we’re fed up with it. Go figure.

We would be truly in desperate straits if God had followed suit. Instead, God did something about it. Jesus took on flesh to become just like one of us, His creatures. He came to show us what God is like and to get his hands dirty in our messy world. He equips us with His Word and with His Holy Spirit, so as His Body, we remain to carry on the work He continues to model for us.

So what does this have to do with the evening news? I’m getting to it . . .
Paul wrote a clear letter to one of his young students. It just so happened that Paul’s student, Timothy, lived in a tough culture that was bent on its own kind of negativity. Instead of giving in, Paul challenged Timothy to be a trend-setting example. Paul told him to “set the believers an example in speech and conduct, in love, in faith, in purity.” (1 Timothy 4:12). Living in a negative culture, Timothy felt the weight and necessity of doing just that: Set the example.

In this New Year, keep lifting up the division in our culture and our nation. Keep in mind this thought: For those who don’t know or don’t follow Jesus, this world is as close to heaven as they will ever be. For those who follow Jesus’ lead, this world is as close to hell as we will ever be. So keep reaching out to a neighbor who needs to experience a little love. Keep leading your employees with vision and hope. Keep praying for your children and modeling the beauty of giving in a “me-first” culture.

And when the trumpet sounds, we will all rise to see our Lord in His full glory. And what that means, I can’t adequately put into words. But let’s just say it makes loving God and taking care of each other and seeing to others who need a bit of love and hope in their life more than worth it. And like an active holiday kitchen, that is the most attractive and sweetest of smells – even to the most negative person.

For the Glory of God, let us all Keep and Live the Faith!
-Pr. David G. Dahl

Baptism of the Holy Spirit

No Other gods Before Me