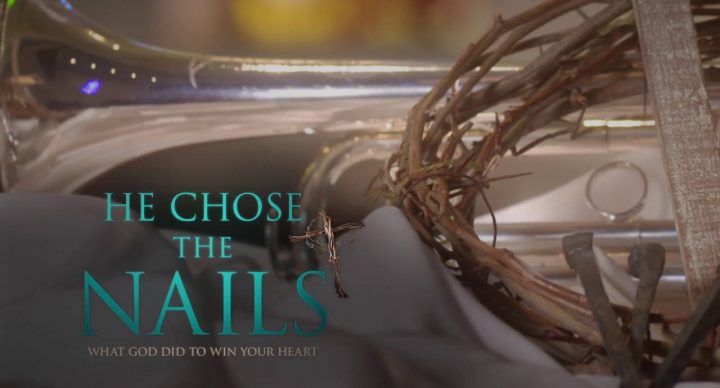 Lenten Series – He Chose the Nails

Nails were used to hold Jesus to the cross and to cancel our debt. Three nails
we are familiar with, but it is the fourth nail, that we don’t always remember,
that truly held Jesus there.

Too often Christians tend to hurry past the nails and the Cross and rush to the
Resurrection, and that’s understandable. The Resurrection celebrates the victory. We love the exhilaration of a victory, and often forget the sweat and the suffering that was invested into the victory. But there is so much to experience at the Cross. We cannot afford to miss it. Unless we look long and hard at the Cross and the nails that held Jesus there, and understand that Jesus chose to do the hard work that you and I could never endure, the Resurrection will never mean nearly as much as it should.

Join us as we journey through Max Lucado’s powerful study of Christ’s sacrifice for mankind through the Lenton season. The wood. The thorns. The nails. Christ’s sacrifice has defined the very essence of mankind’s faith for the past 2000 years. And now, Max Lucado invites you to examine the cross, contemplate its purpose, and celebrate its significance with He Chose the Nails. With his warm, caring style, Max examines the symbols surrounding Christ’s crucifixion, revealing the claims of the cross and asserting that if they are true, then Christianity itself is true. The supporting evidence either makes the cross the single biggest hoax of all time, or the hope of all humanity.

REGISTER FOR THIS EVENT

Book for Lenten Series – He Chose the Nails