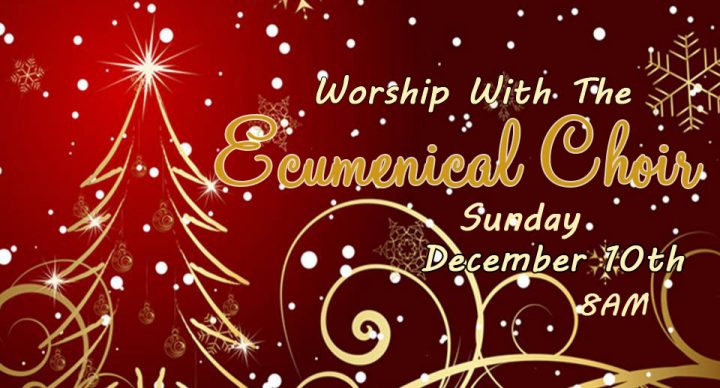 Worship With the Ecumenical Choir

Four days − that’s how long the Tomah Ecumenical Choir has to prepare for its seven performances on the first two Sundays of December.

The choir began in 1983 and is made up of members from nine area churches.

Director Mary Messmer, a member and choir director for First United Methodist Church, has led the choir since 2011.

Messmer said the choir consists of anywhere from 25-35 members who practice every Sunday in November to prepare.

The purpose of the choire is to celebrate the beginning of Advent, she said.

“We sing typically with the calendar,” she said. “We used to sing the first Sunday of Advent, but it doesn’t fall right for a few more years, so we sing the first two Sundays in December.”

The choir sings at seven churches, performing three shows one week and four the next.

Messmer said what she enjoys most about the choir is the members and the feelings the music brings to others.

“I just like the fact that we come together from all different faiths, and we join as one voice,” she said. “They just make an amazing sound, and we can share that gift with the churches in the community. It’s just a blessing.”

REGISTER FOR THIS EVENT

Book for Worship With the Ecumenical Choir