Connected to a Godly Culture 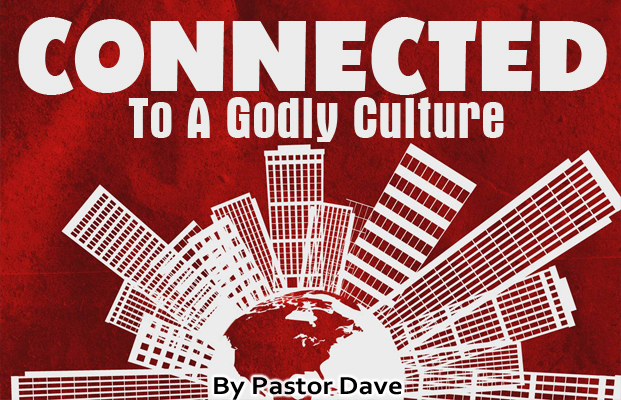 . . so that through the church the wisdom of God in its rich variety might now be made known to the rulers and authorities in the heavenly places.” Ephesians 3:10

Oh, here it comes . . . “Dad, why do you make us go to church anyway?”
Two points:
1. Life only makes sense when you’re connected to God.
2. Church is true family, and you need family to get through life.

I know . . . no family is perfect – and teens are quick to point out the hypocrisy. Still, Church is what Paul explains as “the wisdom of God in its rich variety” on display for the world to see. Think of that! When we gather, when we attend to the business that God has placed before us, God is displaying to the world the deep nature of His wisdom – “in its rich variety”. That’s enough to make your brain explode, AND that makes “Church” one of the most mysterious and amazing miracles God has caused to happen since creation!

This caused me to take a quick look into God’s intentions as He formed the early church.

The Christian church is amazingly resilient. Church historians note that in the first three centuries, Christians had unbelievable walls to cross. They paid an enormous price as they were under constant physical as well as economic threat. They refused to honor the culture’s gods or worship the emperor, so they were painted as unpatriotic and as a threat to national welfare. So why, if you knew you’d face a very difficult life, did anyone become a Christian?

One main reason, some historians point out, was that the Christian church was so “different” – in a good way – that people took notice.

The early church embraced the whole of humanity. Look at the Christian community in Antioch (Acts 13). People of different ethnic backgrounds and social classes embraced each other as family. They came together often, ate together, and honored one another as equals.

Forgiveness and reconciliation were lived out. Even though early Christians were persecuted, tortured, imprisoned, and killed, they taught forgiveness instead of seeking revenge. This was unheard of. Also, within the Christian family, grievances were confronted, and relationships healed.

Hospitality to the poor and the suffering was given freely. During the plagues, Christians didn’t flee the cities. They stayed and cared for those who were sick – regardless of the color of their skin, the tribe they belonged to or their economic class, often to the sacrificing of their own lives.

Christians defended and celebrated life. Unwanted children were often abandoned by “infant exposure” either to die or to be taken by traders and sold into slavery. Christians rescued these infants and took them in. Kids were valued as made in the image of God and not as mere property to be discarded.

Family and sexuality were recreated. In Roman culture, sex was seen as a physical appetite that was irresistible. Those who followed Christ embraced sexuality as giving oneself wholly and exclusively to another as Jesus gave Himself wholly for us.

I know, these are broad brushstrokes of the differences between the Christian community and those who lived their lives in the wider culture. But do you see any similarities to our own time?

The early church challenged the people of their time with a lifestyle that defended and protected the most vulnerable, that built trust and showed mercy, and demonstrated the security of unconditional love – a fulfilment of what Paul wrote of to the Ephesians. The wisdom of God in its rich variety was on display – a wisdom that was totally counter to the culture they were living in. And yes, the culture made them pay for their defiance, but it was a price they were willing to pay.

Fellow members of this piece of God’s Church called Gloria Dei – this piece of “God’s wisdom on display in its rich variety,” could this be God’s call for us in this day?

Let us all Keep and Live the Faith!
Pr. Dave Dahl