Everything Has Become New 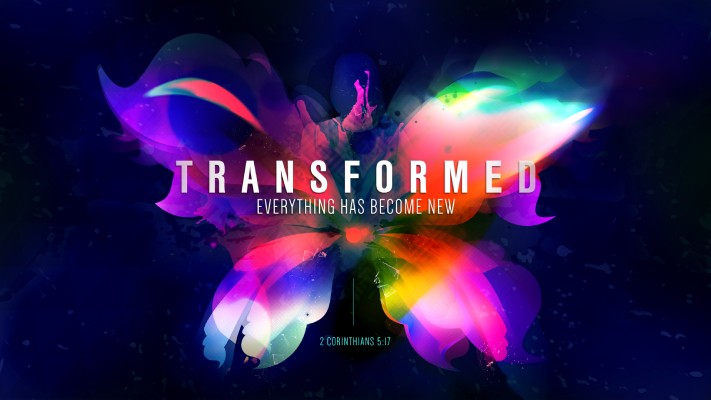 So if anyone is in Christ, there is a new creation: everything old has passed away; see, everything has become new! All this is from God, who reconciled us to himself through Christ, and has given us the ministry of reconciliation.
(2 Corinthians 5:17-18)

St. Patrick’s Day is almost here! Green beer and Shamrock Shakes for everyone! . . . or is it something more?
Who was Patrick? Hmmm. I sense an inspiring story unfolding!

It was a long time ago . . . over 1,500 years ago! A teenager was kidnapped, taken from his home in southern Britain, and sold into slavery. He was sold to Irish. For six years, he served the pagan and barbaric people who inhabited the island to the North.

As luck – or more accurately, as God – would have it, while laboring in such a forsaken place, he converted to Christianity. Amongst his fellow sisters and brothers in Christ, he earned a reputation as a zealous evangelist. Like anyone who longed for freedom, he looked for an opportunity to escape.

The opportunity came one dark night. Patrick escaped and successfully returned home. There, he entered full-time church work – not holding back his witness to Jesus as the Way, the Truth and the Life.

God began pointing Patrick toward the pagan, warlike people that put him in chains. It became clear that it was time to return to Ireland and witness to the people from whom he had escaped slavery 25 years earlier.

Surprisingly, he bore no anger toward them. Instead, he longed for them to embrace the freedom he experienced in Christ. He preached to pagans and instructed Christian believers. He discipled them to the point of ordaining them as clergy.

Patrick wrote, “Daily I expect to be murdered or betrayed or reduced to slavery if the occasion arises . . . But I fear nothing, because of the promises of heaven.”

The consequences of Patrick responding to God are amazing. Common people – both men and women – were taught to read – the Bible being the main textbook.

Women were given equal honor with men. In fifth-century, women were property. It wasn’t unusual for a daughter to be sold or to be used to make an alliance with another clan as part of an arranged marriage. Patrick upset a number of the social elite, as he taught women they had a choice as human beings made in God’s image – to the point they could be “virgins for Christ”. This kind of freedom for women was unthinkable. Women fully embraced it – to the outrage of many men who believed Patrick was taking away their prized possessions.

Take note: We usually reduce such matters to “social issues.” But what went on then and how we should see it now is God calling us to restore human dignity through helping people return to and connect with God.

Within decades, the Body of Christ was thriving as churches grew in numbers. Not a century would pass before these churches were sending missionaries into the rest of Europe. Patrick’s life is an illustration of how God works through common people – and how God prospers every effort to help even the most hopeless people return to Him.
So there is more to this story than green beer. It’s the story of God leading hopeless people home. As we read in 2 Corinthians: [God] “has given us the ministry of reconciliation” – being a bridge between God and someone else.
Tell the story! Don’t reduce Patrick to leprechauns, and shamrocks. Be inspired to be part of God’s work of reconciling the world to Himself! Let us all Keep and Live the Faith!