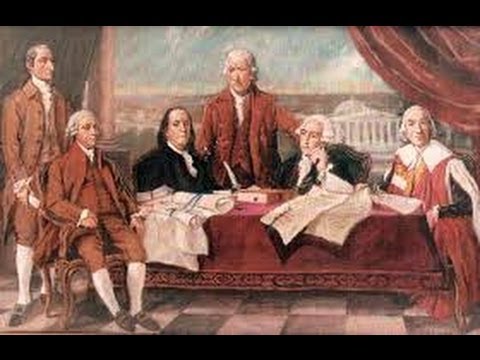 Arise, Lord! Deliver me, my God! Strike all my enemies on the jaw; break the teeth of the wicked. From the Lord comes deliverance. May your blessing be on your people. (Psalm 3:7-8)

Gnats. Gnats everywhere! Such tiny creatures can make us so uncomfortable so fast. But stop and think a moment. . . Our forefathers and foremothers would help us to know that such inconveniences are small problems. Take the years following the Revolutionary War, for instance.

Here is one account from the year 1781 that demonstrates just how precarious it was. The Northern colonies were constantly plagued by bands of Tories (American colonists that supported the British
monarchy). These warlord bands would pounce on small  settlements and pillage what they could and burn what was left.

Patriot General Schuyler was staying at his house just outside Albany, NY. A guerrilla British commander sent out a raiding party of Tories targeting the general’s home. They ambushed a Dutch laborer who gave information that three soldiers guarded the house at any one time.

The Dutchman was let go in exchange for that information. But loyal to Schuyler, he ran back to the General’s house to warn the general of their plans. Schuyler gathered his family in the most secure place in the house – the upper room. He then fired a pistol from a top-story window to alarm the neighborhood, then barred the door and the windows.

The soldiers who were supposed to be on guard had been taking it easy in the shade of a tree. At the sound of the pistol, they sprang to their feet, but too late. They already were surrounded by the Tory band who subdued them without firing a shot.

General Schuyler saw the band approaching from the room upstairs with little more defense than wood that was between his family and the enemy. He had several African slaves that were a trusted part of the household. He gathered them as well and issued each man a rifle or a pistol. At the end of the room, the women were huddled together praying and weeping.

With a deafening crash, the Tories broke into the house, stealing or destroying everything in sight. In the upper room, Mrs. Schuyler sprang to her feet with a sickening and urgent feeling. In their rush, they had left behind the baby who was sleeping in the living room on the first floor.

While the general and his wife argued about rescuing the child, their young daughter slid by them, unbarred the door and down the stairs. The Tory band was busy raiding shelves and fighting over the valuables; the little girl walked deliberately over to the baby’s crib, scooped him up and turned to go back up the stairs. Just then, one
of the Tories came from behind swinging an axe. He missed her burying the blade into the stair railing allowing her just enough time to scramble back upstairs to her family.

The women huddled upstairs prayed desperately for deliverance. Then the crashing noise ended abruptly, as they heard a shout. An uneasy calm fell as the men retreated, running off with the  valuables they could carry.

The house was heavily damaged, but the Schuyler household was unharmed. They raised a prayer of thanks for God’s deliverance.
That is a bit of a long story, but it is mulling over in my mind as I enjoy the colors that fill the sky at sunrise – sitting outside without a worry to my safety – except for a few gnats! I can’t help but look to heaven and say,

“Thank you, Heavenly Father, for Your deliverance. Thank You that You have struck down our enemies (Psalm 3) to build this great nation. Thank You for those You’ve called to defend the freedom and peace that I enjoy.”

All across the globe, God works freedom in the hearts of people. Whether they live as free citizens or bound, nothing opens human beings to the song of peace and freedom like Jesus.  Let’s remember what it has taken to win our freedom. Remember Christ, His work on the cross and His work in your heart. Remember the ranks of men and women who were bold in their stance against tyranny. And let us all continue to Keep and Live the Faith!