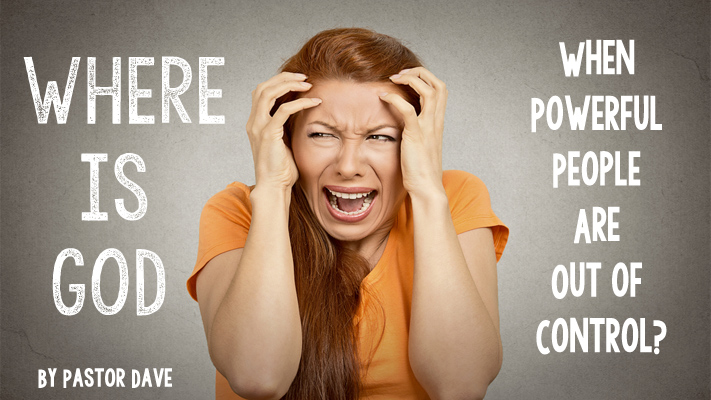 The regular habit of reading the Bible has saved my life more times than I can count.

The previous night, I put my head on the pillow after indulging in a large dose of world and national news. It was a feast of political finger-pointing by the well-connected and the rich and powerful exerting their influence, and other nonsense. The result? I didn’t get much sleep.

Some of you can’t have caffeine after a certain hour of the day. As I lay in bed wide-eyed, I wondered which is worse: Caffeine or the world news?

The next morning, I opened The Book. The assigned reading included the third chapter of Esther in the Old Testament. Esther chronicles the days when the Jews lived in exile among the Persians. The first two chapters tell of a falling-out between the king and queen of the empire. The king banishes the queen and looks for a woman to take her place. Esther, one of the Jewish exiles, is chosen to take her place.

But not everyone was impressed with what the Jews had to offer. Haman, an unbelievably wealthy man who knew how to promote himself, got the attention of the king, who in turn brought him on as an advisor. Haman quickly ascended the ranks to become a chief advisor. Wherever Haman went, he ordered people to get on their knees and bow as he passed by. Haman worshipped power.

In every crowd, there is at least one rebel. For whatever reason, Mordecai, refused to bow to Haman. Here is where the affects of unbelievable riches show their fruits: To assuage his ego, Haman decided it was beneath him to just deal with one rebel – Mordecai. Eliminating everyone of Mordecai’s race was much more appropriate.

Haman approached the king with this proposal and offered him 10,000 talents of silver if the king would simply sign on the dotted line and make his extermination program the law of the land. Given that the entire income of the Persian empire of the day was 15,000 talents of silver, you understand that the 10,000 talents Haman offered was an unthinkable amount of wealth. The result? The king signed on the dotted line. The extermination of an entire race of people became the law of the land.

There is something about this account that makes me sick to my stomach.
The celebrity culture of politics and the vanity within social media of our day oozes with “Look at me. Worship me!” Money is exchanged and policy is set. Whistleblowers face the unlimited resources of adversaries who then easily discredit them and push them aside.

This either makes you angry enough to conquer and make your own empire, or it makes you want to curl up and die.
Remember the habit that has saved my life more times than I can count??? Yes. Open the Book. Read the Bible.
Esther illustrates just how tyrants operate. They are easily offended. They demand recognition, and when they don’t get it, they seek to intimidate through the use of fear, influence and anger.

Esther also illustrates that tyrants are often blind to their own impending destruction. Haman, who sought to be honored as a god, died a dishonored mortal. Faithful, vigilant and trustworthy Mordecai was lifted up to occupy the office made vacant by Haman’s execution.

Now you can see that within this “children’s tale” are deep things meant only for adult understanding.
Though our God reigns, His people are never far from mortal danger. Jesus told us that all who follow him will be in constant danger from the world around us. All it takes is one powerful person with the right opportunity, and a holocaust is being plotted. Even now, there are more Christian people under threat of persecution around the world than ever before.

So where is God when powerful people are out of control? God is where God has always been – working in and through His people. God’s tough love is a threat to anyone who seeks to lift up an idol to power and worship it. Our job is to heed God’s voice and not be afraid no matter what the circumstance.

That is why we begin our summer worship times with, “Keep the words of the Lord in your heart; teach them to your children. Talk about them when you are at home and when you are away, when you lie down and when you rise.” (Deuteronomy 6:6-7)

If we all do that, we can all sleep better at night.

Keep and Live the Faith!

A Harvest of Righteousness

The Crazy Rollercoaster in Your Heart

Connected to a Godly Culture