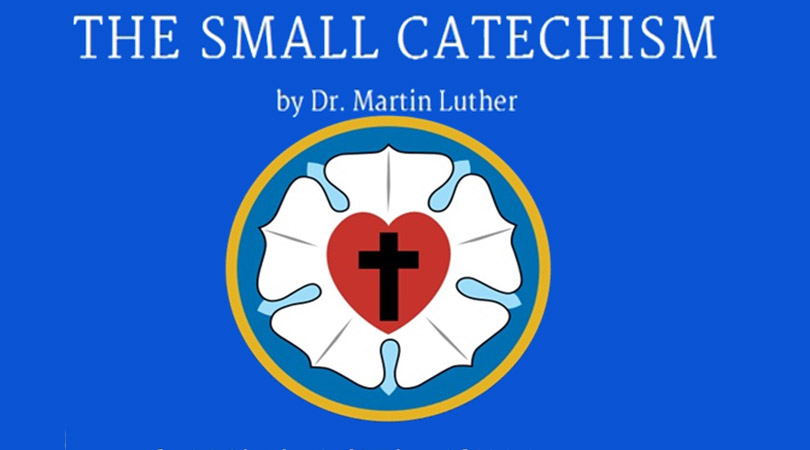 “Lord, break my heart for what breaks yours.”

I don’t know who first prayed that prayer. I know it’s an old one. As we celebrate the 500th Anniversary of the Reformation, I believe it was an ache deep in the heart of Martin Luther and the push behind his writing a little book called The Small Catechism.

For Luther, this small book was developing for over 10 years. Why did it take so long? He didn’t want to muddy the water with one more book. But he realized that many of them served to destroy faith rather than nourish it. Luther said of them: “Here was neither faith nor Christ, and the communicant could not be directed to the strength of the absolution, but was rather trained to count his sins and trust in the intensity of his [own] repentance.” In other words, people were taught that to get what they wanted, they needed to work hard enough. If you worked hard enough, you could be your own savior.

Luther saw the need for a simple catechism – a short work that would explain the whole Gospel – a work that anyone could memorize – a work that pastors could learn from – a work that every parent could teach to their own children – a work that was brief enough that even those who could not read (of which there were many) could memorize it and take it to heart. That was what Luther saw. But Luther was a busy man. His other responsibilities got in the way.

So what do you do when you don’t have the time? You ask those who do. During the passage of nearly 10 years Luther commissioned Justus Jonas and a man by the name of Agricola to prepare a catechism. They didn’t get the job done. Why? Between those two men and Phillip Melanchthon, they couldn’t agree about what should be in it! This is what happens when you entrust some things to a committee!

But the urgency to get this job done overwhelmed Luther. It hit him hard when he personally visited the churches around Saxony – in Germany – in 1528. He was shocked to find that people – even pastors – did not know so much as the Lord’s Prayer.
Luther sat down and penned a simple book that included the 10 Commandments, the Apostle’s Creed, the Lord’s Prayer with simple meanings for each part. The Small Catechism has since become an amazing little book that has affected lives the world over. In Luther’s Day it was called, “The Layman’s Bible” because it was so small and could be easily memorized. And for such a small book, it contained the breadth of God’s Word – the whole story.

As Luther gathered people around his table, he said,
“The world has now become very sure of itself. It relies on books and thinks that if these are read it knows everything. The devil almost succeeded in getting me too, to become lazy and secure and think: ‘Here you have the books. If you read them you’ll have the answers.’ . . . Against such security I pray the catechism every day like my little Hans (his young son) and ask God to keep me in his dear holy Word, lest I grow weary of it” (Luther in a ‘Table Talk’ of July or August 1532, AE 54:163)

The Small Catechism was born as Luther’s heart broke for what broke God’s heart. Since it’s first being published 486 years ago, God has used it to change the lives of many. It stands in our statement of faith as a true witness of the Bible. May it find a new place in helping you grasp the depth of God’s heart for you, your neighbor and this world.